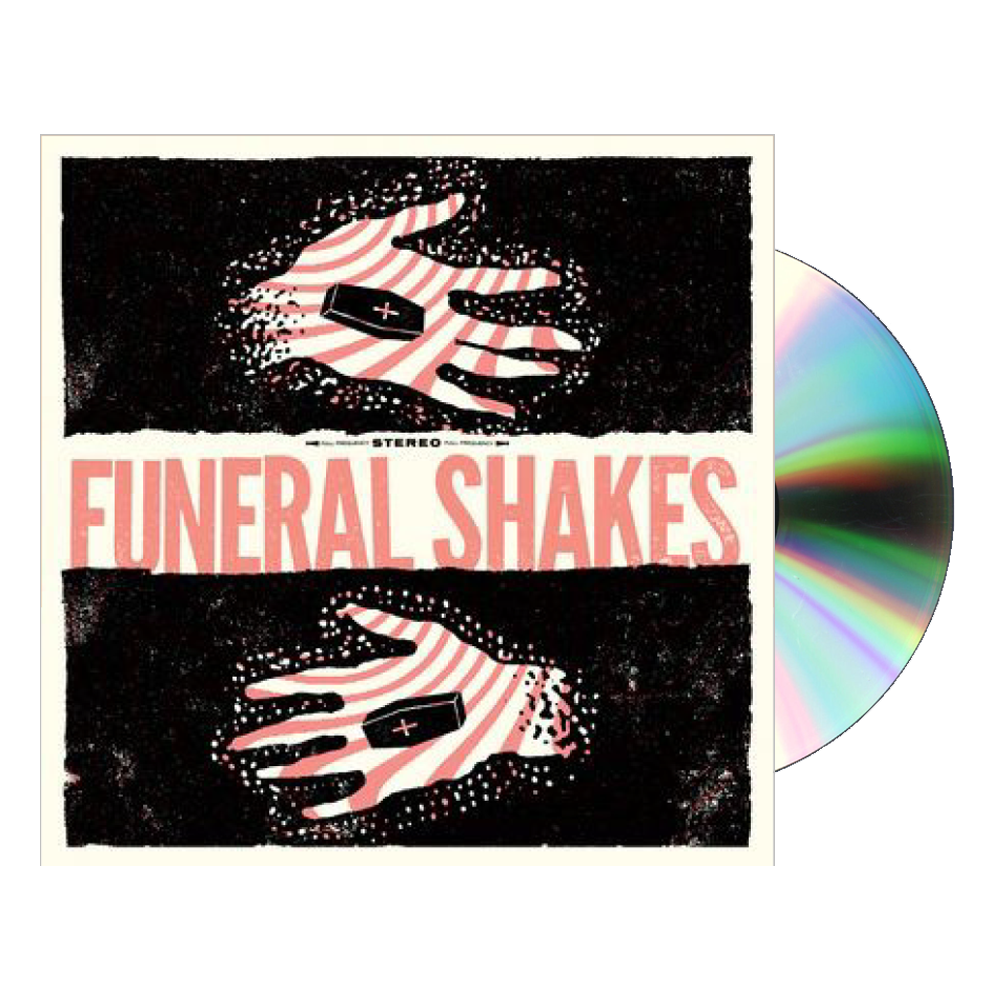 "When would you ever want to hear a song about people who've lived happily ever after? Never! You want to listen to the negative stuff, all wrapped up in a happy tune."

Funeral Shakes guitarist Simon Barker is the first one to admit that his new band's self-titled debut album is not for those who bask in the glory of love. You know, like Peter Cetera's saccharin anthem from The Karate Kid Part II. Nope. They're songs for those who've taken a proper beating by heartache, picked themselves up, dusted themselves off and limped home. But first, a little backstory. The Smoking Hearts were a five-piece rock n' roll band who promised to bring excitement wherever they went. But after two outstanding albums – 2010's Pride Of Nowhere and its 2013 follow-up Victory! – Barker and bassist Calvin Roffey realised their new ideas had no place in the band.

There was no point in trying to shoehorn them into The Smoking Hearts' rough-and-tumble, boisterous rock n' roll. These new ideas had melodies, a different slant. It was time, then, to try a different tack. "One day we were like, 'Wouldn't it be great if we had no limits to what we could do?'," says Roffey. "We looked at each other and went maybe there's not – that's when Funeral Shakes was born." The thing was, Funeral Shakes had no singer. Roffey – who provided back ups in The Smoking Hearts – took up the mantle of vocalist (mainly because Barker didn’t want to) and found himself to be very capable of singing while providing the band's low-end rumble.

Says Roffey: "I'll let you in on an embarrassing secret. When I was three years old, my mum taped me singing along to Queen's A Kind Of Magic. I never really had aspirations to be a singer, but I’m OK with it now." The pair, who'd spent much time crafting their demos on the singer's computer, began to search for the rest of their band. As part of the Watford's supportive scene, it would prove to be an easy task. The line-up was quickly enlisted Gallows' Lee Barratt after a chance meeting at a Metz show. Soon after, Em Foster, who herself had released a debut album under the moniker Nervus, joined as guitarist. "We lucked out on getting Lee and Em," says Roffey. "I consider them to be much better musicians than me, so to have them want to get involved validated what we were doing right from the start. It gave us more incentive to do this."

Funeral Shakes entered Watford's Titan Studios with producer Steve Sears (The Hell, Krokodil, Palm Reader) and set about recording their debut. While Barker is reluctant to divulge the meanings behind the 12 songs, he will say that they're acetous tributes to love gone awry. It’s not lovelorn whinging, though. Let us make that clear. These bitter pills are sugar-coated in the best possible way. "I don’t like to delve too much into what the songs are about but Lightning is one of my favourite songs on the album," says Barker. "It’s a break-up song, I guess, but it deals with a lot of what comes from it – trying to stay on good terms, but the unspoken resentment and bitterness that comes from that.

There’s a lyric which says, 'I've been lower than the ocean floor, while you picnicked on the beach'. I guess there's a lot of things like that on the album. "There’s a seam of quite dark lyrics in quite happy sounding songs," he adds. "I've always loved that in other people’s songwriting. On the song Gold Teeth, there’s a lyric which goes, 'No one wants to hear about how happy you've become'. All the best songs are about heartbreak, aren’t they? People can relate to that."